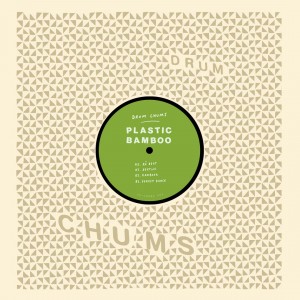 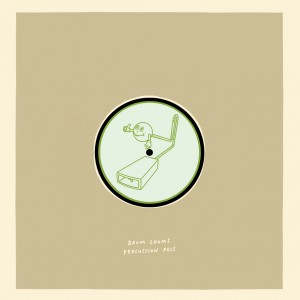 After some inaugural heat from Hamburg, we catch up with our man from Saint-Ouen for Drum Chums Vol. 2!

As far as Percussion Pals go, Plastic Bamboo has the highest credentials.
Not only did he spend a decade behind the drum kit, but he was my flatmate for a few happy years in Manchester. Since relocating to Paris in 2012, he's played sets all over Europe, worked the scalpel with the Good Plus crew and secured a second dan black belt in digging.
Let's see what the prince of Les Puces has in store for us...

On the A1, Plastic Bamboo double doses an unknown new beat 7" extending the Arabic acid delight for a six minute soak. Properly peaking and packed with Middle Eastern flava, 'Ra Beat' is primed for dance floor demolition.
The Frenchman swaps the Arabic coffee for an Italian cocktail on the A2's 'Bertini', sticking an extra large umbrella in the frothiest of disco winners.

'Kamboja' offers a chance to catch your breath on the B1, bringing Balearic boogie with the upmost emotion and a melody you'll never forget.
We end the set in a peak time mode via the mysterious 'Forest Dance', a witches brew of dark disco and new beat stomp with just a hint of that techno-tropical flavour the Talking Drums love.

Barry says: YES. We get treated to a new outing from Talking Drums' offshoot and collaborative sideline, Drum Chums. This time sees the rolling slap bass and Gilmourish guitar screams of Ra Beat offset with more wistful synthy pieces, and silken 80's groove. 'Kamboja' is the pick for me here, but it's almost as if this has been tailored specifically for me. Every track a winner.