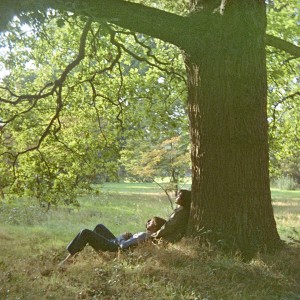 Plastic Ono Band was the debut solo album by John Lennon. Released on December 11th 1970, John and Yoko had started writing and demoing at Abbey Road (EMI Studios) in the summer, with recording sessions during September/October

After the break-up of The Beatles that year, John and Yoko embarked on a period of self-reflection and experimentation, with the results that the songs and sessions for Plastic Ono Band were heavily influenced by his immersion in Arthur Janov’s primal therapy. John was able to find emotional depth and honesty within himself that few artists had ever done before, with John saying to Rolling Stone “now I write all about me and that’s why I like it. It’s me.” . The result is perhaps the most honest and emotionally raw album that anyone has ever released, let alone someone who was one of the four most famous musicians on the planet. With a small core band comprised of just Ringo Starr on drums and old friend Klaus Voorman on bass, co-produced by Phil Spector, the album peaked at 8 in the UK charts and 6 in the USA. It has come to be regarded by many as John’s finest solo work and has continued to grow in stature and reverence and has often featured in various Best Of lists through the years since.

Released on the same day was Yoko Ono’s Plastic Ono Band album, the couple regarding the release as a pair of albums rather than two entirely separate projects, albeit of course it not achieving the same sort of coverage or chart success as John’s.

Coming as this does hot on the heels of last year’s much loved and well-reviewed “Gimme Some Truth” set and “Imagine” before that, the audio has been completely remixed from the original studio tapes as part of the ongoing John Lennon Ultimate Mix series. The aim for this mix process is to achieve three things: to remain faithful and respectful to the original recordings; to ensure that the sound is sonically clearer overall and to increase the clarity of John’s vocals. As Yoko says, “it’s about John” and this new mix shows that it is his voice that brings the biggest emotional impact of the album.

2LP
Side A: The Ultimate Mixes Album And Singles
Mother
Hold On
I Found Out
Working Class Hero
Isolation

Side B: The Ultimate Mixes Album And Singles
Remember
Love
Well Well Well
Look At Me
God
My Mummy’s Dead