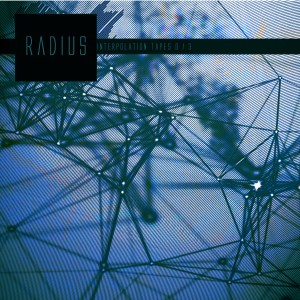 This marks the final installment of Radius's "Interpolation Tapes" series, lovingly re-mastered in Echospace. All previously unreleased material culled from the vaults, these masters were one of the first Demo Tapes of the Radius project and where many of the sound sources for the series were conceived. We've spent months doing our best to restore the old tapes from our Tascam 688, an 8 track cassette recorder purchased and abused since 1992 and to our ears still sounds quite impressive even by modern standards. We've had nearly every component replaced and re-calibrated to bring this obsolete machine back to life, it's been a truly nostalgic experience re-visiting and redesigning these masters. The first mix is an unreleased version rewired and reshaped by the cv313 project, taking cues from the original source material and developing it into an ocean of analogue bliss!

We truly hope you enjoy reliving these magical times of music, very inspired by all that was happening in those years, there was just something in the air, an undeniable energy, long may it live on...


Limited 2XCD edition inspired by and created during the production of "analogue oceans", these two versions were omitted due to their 60+ track lengths. This release features current IV [subduction] and current V [obduction], the last 2 closing pieces of this ethereal opus cv313 has created, a mind shifting movement of electricity modulates voltage and currents into a sonic world like no other. Anyone in love with the original will have so much to adore here, this is hands down some of most engaging sounds this project has ever explored!

"The sound of water is deep, its form is serpent-like, its color green, and it is best heard in the roaring of the sea." -The Sufi Teaching of Hazrat Inayat Khan