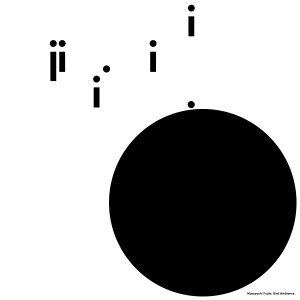 Bird Ambience brings several fresh changes for the artist. Until now, Fujita would separate his acoustic solo recordings from the electronic dub under his El Fog alias and experimental improvisations with contemporaries such as Jan Jelinek, Bird Ambience sees him unite all of these different sides to his work for the first time, into one singular vision. He also makes a lateral leap from his signature instrument the vibraphone, on which he created his acclaimed triptych Stories (2012), Apologues (2015) and Book of Life (2018), to the marimba, which takes centre stage on his new album alongside drums, percussion, synths, effectors and tape recorder.

“The way of playing the marimba is similar to the vibraphone, so it was kind of a natural development for me and easier to start with, yet it sounds very different”, explains Masayoshi. “The marimba bars are made with wood and it has a wider range than the vibraphone, which gives me a bigger sound palette with more possibilities. I play the instrument with bows and mallets, and sometimes manipulate it with effects.”

Bird Ambience also marks his liberation from fastidious preparation for past solo releases to new endeavours in improvisation. “I prioritised trying to capture the wonder which happens during those occasional magic improv moments. Sometimes the mic-ing and placement of instruments was pretty rough; things weren’t perfect and everything was done quickly, but it turned out as the final recording. Overall when I

couldn’t decide between two takes, I told myself to go with the first”, Masayoshi recalls.

Arranged with a perfect Kanso-like balance, the unhurried pace of Bird Ambience allows each sound and phrase enough time to be mindfully absorbed and savoured. This subtle but affective work carries ethereal remnants of Midori Takada’s minimalism, the static atmospheres of Mika Vainio, To Rococo Rot’s organics and the bucolic electronics of Minotaur Shock. Fujita vaporises contemporary and classical, ambient and dismantled dub, controlled noise and fragments of jazz into an atmospheric, static mist, which he skilfully coerces into new forms.

After 13 years in Berlin, Masayoshi recently relocated to a new home and studio in the rural Japanese mountain village of Kami-cho, Hyogo, following his life-long dream of creating music in nature. Even though the album was entirely recorded in Germany before he left, it has this palpable sense of reverie found in the natural world. From there we can only imagine the kind of impact his new life in rural West Japan will have on future works.