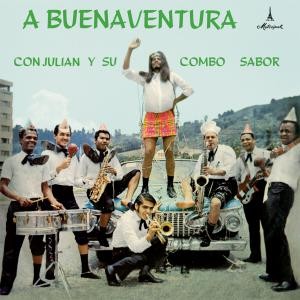 During a 20-year period Julian Y Su Combo released 8 LPs on almost as many different companies and "A Buenaventura" was their only record with Medellan-based label Industria Fonografica Metropoli (later reissued by INS on their Fabuloso imprint as "Descarga Salsa Y Boogaloo"). "A Buenaventura" is a sought-after collector's record that is popular with DJs not only for the power ('salsa brava' all the way) and diversity of its sound (with hot dance genres that range from guaracha, son montuno and guaguancó to boogaloo and descarga, as well as cumbia and currulao).