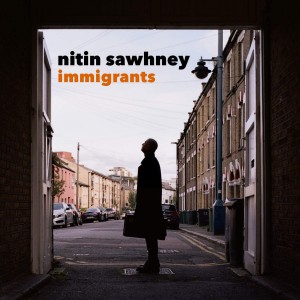 Immigrants is a unique celebration of immigrants around the world. Showcasing works inspired and contributed to by artists who either identify themselves as immigrants, are from immigrant heritage, or wish to express support for those international immigrants who have found themselves judged or disadvantaged by pure accident of birth. Nitin has always intended Immigrants to be a sequel to his 1999 seminal album Beyond Skin.

Since the release of Beyond Skin, Nitin has successfully navigated a career in the arts that can only be described as polymathic. Nitin holds six honorary doctorates, two fellowships, an honorary degree, the 2017 Ivor Novello Lifetime Achievement Award & a CBE. As a composer Nitin is a BAFTA and Academy member & he was also recently announced as the new Chair of Trustees for the PRS Foundation, the UK’s leading charitable funder of new music & talent development.

Barry says: A wonderfully realised and brilliantly produced collection of songs from Sawhney here showcasing the rich social fabric woven by a melting pot of culture. A socially important statement, and absolutely brimming with superb songwriting.