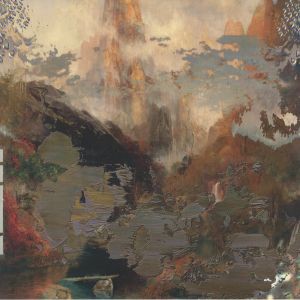 Ever since he debuted on Origo/Apollo with the groundbreaking ’Microgravity’, now thirty years ago, Geir Jenssen has been a major force in ambient techno, steadily building a catalogue that’s rivalled only by few.

After three wonderful albums on Biophon (2018’s ’The Hilvarenbeek Recordings’, that has Jenssen samplng a broad palette of Dutch farm sounds is a total store favorite) the Norwegian maestro has now landed on AD 93 with a thoroughly unique album.

Originally composed in 2019 for Uncoordinated Dog, a dance production by the Norwegian Ingun Bjørnsgaard Prosjekt, It features twelve tracks based on Beethoven’s infamous String Quartet No. 14 - a piece that Beethoven himself considered to be one of the best works he ever composed.

Jenssen manipulates and morphs the classical masterpiece into something entirely his own, giving the string harmonies a thin veil of Northern light on the first four parts before catapulting the German giant into space on the fifth and sixth movements.

Proceedings get downright depressed on the heavy-hearted seventh movement ‘As Pale As A Pearl’ (which is, of course, not necessarily a bad thing), before Jenssen loops up some of the fourteenth most recognizable micro-melodies into two of the most striking pieces on the album in a way that resembles Akira Rabelais’ approach on the classic ‘Spellewauerynsherde’ and ‘Eisoptrophobia’ albums.

It’s those two tracks (‘Faith and Reverence’ and ‘Unclouded Splendor’) that form the heart of this ominous and at times pitch-dark album that has Jenssen successfully crossing over from Nordic ambient to avantgarde postmodern classical. And although ‘Angel’s Flight’ may not be for everyone, it’s one of his most accomplished albums to date and one of the most interesting albums to come out this year so far.

Matt says: Stark & chilling ambiance from a well-regarded stalwart of the scene. Could have done with being released about a month ago if you ask me - when that Winter darkness is all-encompassing and impossible to escape. However, there's some neo-classical flurries here that should pair well with the rising optimism of Spring...

A1. The Sudden Rush
A2. As Birght As The Night
A3. Talking To Some Imaginary Person
A4. In The Ballroom
A5. As Weird As The Elfin Lights
B1. Angel's Flight
B2. As Pale As A Pearl
B3. Faith & Reverence
B4. Unclouded Splendour
B5. Remote & Distant
B6. Scan Of Waves
B7. The Clock & The Dial