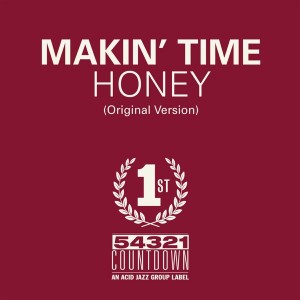 Countdown Records (via Acid Jazz) are proud to announce the release of the label’s first 7” single in over 30 years. And what could be more apt than the single that never was by label favourites Makin’ Time?

Produced by The Truth and 9 Below Zero’s Dennis Greaves and Mick Lister, this was to have been the West Midland group’s debut single for Countdown.

Featuring the group’s original members, it remained unreleased when that line-up changed and Countdown’s parent label Stiff decided in a change of direction, aiming the group at the pop charts.

Featuring two highlights of their early live set - the Fay Hallam composed ‘Honey’ and ‘Take What You Can Get’, written by Martin Blunt.

The 7” comes in an exclusive Countdown sleeve so make sure to get your copy now.