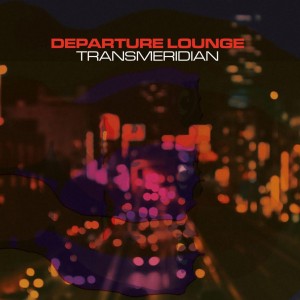 Transmeridian is the first album from Departure Lounge (ex-Bella Union) in 19 years. It features all four original members plus a guest appearance from legendary REM guitarist, Peter Buck, one of many long-standing admirers of a band that embodied a lost age of reflective, experimental pop music coming to the fore at the turn of the Millennium alongside The Beta Band, Tunng, Boards Of Canada and Gorky’s Zygotic Mynci.

The surprise new album, named after the defunct ‘golden age of aviation’ cargo airline for which singer/guitarist Tim Keegan’s dad was chief pilot, is released on Violette Records (formed by Michael Head (Shack, The Pale Fountains) and Matt Lockett ) on digital and vinyl formats on Fri 26 March 2021.

Originally scooped up by Simon Raymonde’s Bella Union label (labelmates with John Grant’s Czars) following the self-funded release of their debut album Out Of Here (1999), Departure Lounge’s sophomore outing, Too Late To Die Young (2002) was equally acclaimed and was honoured as the first ever Album Of The Week on the emergent BBC 6 Music. The band toured extensively in the UK, Europe and the US, including outings with The Go-Betweens, Morcheeba, Paul Heaton and Robyn Hitchcock, peers whose stylistic contrasts reflect the eclectic nature of Departure Lounge themselves.