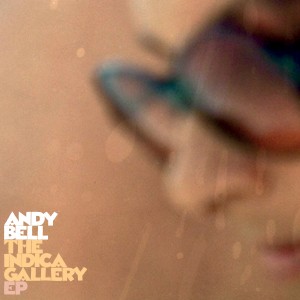 You know us Piccadilly cats are gonna keep it ALFOS 4 LYFE, and this record right here is a total doozy, straddling the ol' Indie-Dance divide like an ad-hoc bridge built out of Bez, copies of Screamadelica and Pollock-patterned bucket hats. For you see, the hazy, Roses-esque jangle of Andy Bell’s debut solo album "The View From Halfway Down" has been radically reworked by synth-wielding maverick Pye Corner Audio.
The resulting EP offers squirming acid lines, thunderous 4/4, baggy breaks and hallucinogenic dreamscapes, all topped by the shifting shimmer of Andy's mystic vocals, themselves twisted into a whole new language. If that weren't enough to have you reaching for the glow sticks, Andy's also added an edit in his GLOK alias.

Patrick says: Spectacularly psychedelic dancefloor tackle here as PCA unspools Andy Bell atop a plethora of spangled synthery. Indie Dance in its most essential form and totally recommended for the ALFOS / Baggy brigade. File next to Beyond The Wizard's Sleeve, Weatherall and Unkle.