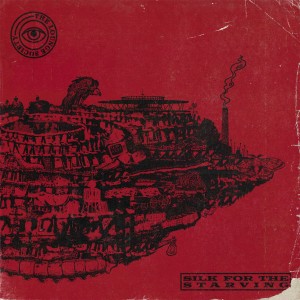 Pre-order this EP to be in with a chance of winning an exclusive signed test-pressing.

With their first two singles under their belts – "Generation Game", the fastest selling 7" for the award-winning label, and "Burn The Heather" – plus a raft of Ones To Watch accolades for 2021, there is much anticipation for what lies next for the band.

In early 2020, "Generation Game" announced the band as artists shaping powerful narratives around a fast-fragmenting society. With the lyric “what will the US do?” they served up a painfully prescient prediction of American unrest.

Follow-up single "Burn The Heather" made a left-hand turn for the more punk-funk, sneering at culture wars and the damaging impact of a class divide.

New single "Cain’s Heresy" shakes with the propulsion of a nimble rhythm section, full of bite and scorn, simultaneously swinging angrily at a negligent political class ("The death of four souls is less than a kick in the teeth, for them"), the threat of misinformation ("Poisonous ideals on the screen breed a vicious way of thinking, off the screen") and the noxious follow-the-leader march of celebrity culture ("They’re servants to fame"). The EP title “Silk For The Starving” in itself probes at a society that routinely neglects the needs of the have-nots.

The Lounge Society sing about what they know then. Make no mistake, this is the sound of young England: articulate, enraged and energised. And – perhaps crucially - highly danceable too. It should give hope to anyone who has lost faith in the future, because here the future is in safe hands.