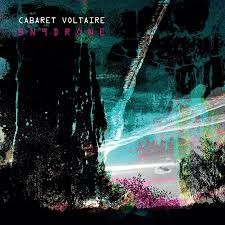 Cabaret Voltaire is Richard H. Kirk and Shadow of Fear was the band’s first studio album in 26 years and was released in 2020 to critical acclaim.

Barry says: There are few forces in the synth scene more influential than Cabaret Voltaire, and this outing sees Kirk delving into prime drone territory. We get slowly morphing waves of electronic scree, churning sub-bass and shadowy oscillations aplenty. A monolithic triumph from one of the greatest in the 'biz.