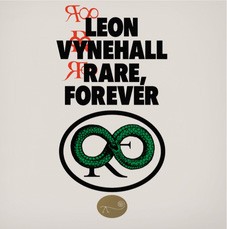 Leon Vynehall returns with new album ‘Rare, Forever’ - the follow up to his critically acclaimed debut album ‘Nothing Is Still’. Here he showcases all the strings to his bow—creating music that’s borderless and unbound—alongside artwork by Eric Timothy Carlson (Grammy nominated for his work with Bon Iver). ‘Rare, Forever’ is a beautiful marriage of everything he's done so far while remaining genuinely progressive; the end result sounding like ‘Nothing Is Still’ but with the narrative toned down, and the dancefloor dialled up.

The album follows his winter 2020 ‘A Little More Liquid’ performance—the stunning audio-visual exploration/livestream project (and live follow up to his sold-out “Nothing Is Still” residencies in London and New York)—that Vynehall collaborated on with Eric Timothy Carlson and Aaron Anderson and which served to introduce some of the ‘Rare, Forever’ album materials and themes.

Barry says: 2018's 'Nothing Is Still' had us all wowed in the shop, so it's with some excitement that Vynehall's latest lands. This time we get the claustrophobic atmospherics and cavernous beats we've become accustomed to, but enriched with a wealth of complexities in both sound design and percussive drive. From off-kilter time signatures and wonderfully hypnotic synth lines, this is superb from start to finish.