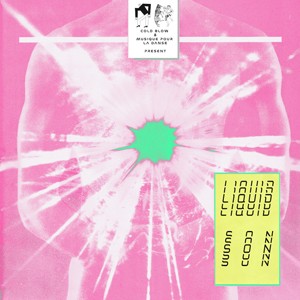 A compilation of sought-after work of an overlooked UK trio far ahead of its time, joining the dots between late ‘80s electro, glacial deep house, sci-fi techno, futuristic dance pop and EBM.

Two years after reissuing Jason Adkins’ mid-‘90s work as Electro Music Union, "Sinoesin" and "Xonox", Cold Blow has once again dipped into the producer’s archives – this time to deliver a compilation of his turn-of-the-‘90s UK techno works as part of cult Bedford-based trio Liquid Son.

Released in collaboration with fellow archival electronic music specialists Musique Pour La Danse, "Garden of Eden" gathers together tracks made and released by Liquid Son – with a little help from fellow Bedfordshire producer Tony Boninsegna (Original Clique, Return of the Living Acid) – in 1991 and ’92, as well as a previously unheard demo version of the trio’s best-known track, "Tone Float", which Adkins made in his bedroom way back in 1985.

The compilation contains a string of sought-after gems that frequently blur the boundaries between Detroit techno, early UK bleep & bass, electro, EBM and the industrial funk of Cabaret Voltaire, while also boasting the kind of slick technical polish and musical depth so often missing from British club tracks of the period.

"Garden of Eden" was restored and remastered by Thomas P. Heckmann at Trope Mastering. Album layout and design by Britt Brown (Not Not Fun Records).

Matt says: Vintage house fetishers have plenty of get excited about here as a highly overlooked slice of '85 UK electronica gets a much needed reissue. This is fuckin' great! Proggy, trippy, baggy early acid house proudly aligning itself with the Goan scene in the East. Mega!