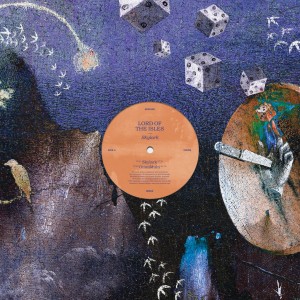 We often find there are two types of artists. One internalises their process, endlessly perfecting their work while finding the endpoint a massive hurdle, and in turn producing immaculate yet very little art. The other is continuously inspired, so full of ideas they can barely work fast enough to articulate them all.

The art becomes by-product of their larger trajectory and not just a collection of endpoints. Lord Of The Isles a.k.a. Neil McDonald seems to be both. He’s always in an evolving state of process where work is constantly shed to make way for a new layer growing beneath, yet he holds his cards closely, cherrypicking when and with whom he releases that work into the world.

Neil is simply prolific. In 2016 he shared with us a vast catalog of unheard beauty, which over a long span of time was collaboratively shaped into his debut album In Waves. In the span between the album release and now, Neil has performed on a number of ESP Institute label showcases from Los Angeles to Amsterdam to Berlin, and released a few efforts with our peers, but all throughout he’s been holed up working on his sophomore album [sigh].

Though patience has become a sort of meditation during this global upsidedown, we couldn’t help but squeeze out an interim release to uphold the fantasy. So, four years after the release of In Waves, we’re proud to present a very long-winded follow-up single for the album’s monster track Skylark.