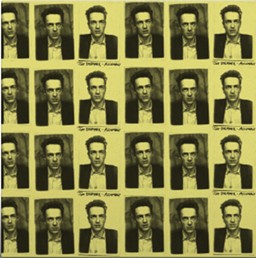 ASSEMBLY showcases carefully curated singles, fan favourites, and archival rarities from the JOE STRUMMER solo catalogue. This 16-track compilation features three previously unreleased versions of classic Clash tracks, including the never-before-heard "Junco Partner (Acoustic)" and electrifying live performances of "Rudie Can't Fail" and "I Fought The Law," the latter two of which were recorded by Joe Strummer and the Mescaleros at London's Brixton Academy on November 24, 2001.

George Harrison's passion for introducing the world to new music expressed itself in May of 1974 when he created his own new label - DARK HORSE RECORDS. The label contained a variety of talented artists on its roster, including George himself. ASSEMBLY marks the first new JOE STRUMMER title released via the newly relaunched Dark Horse Records.

Barry says: As one of the biggest names in punk-rock history, it's little surprise that there are untold heaps of archival material and live gems from Strummer's history. What we have here is amongst the best, spanning his solo career with some superb live sets and new versions of Clash classics.