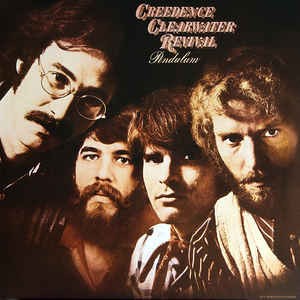 50th anniversary pressing of two iconic studio albums from America’s greatest rock and roll band at the peak of Creedence’s prolific career. Both albums were mastered at half-speed at Abbey Road Studios, benefiting from an exacting process that allows for an exceptional level of sonic clarity and punch. This 180-gram vinyl comes housed in a tip-on jacket replicating the original pressing packaging.

PENDULUM - First released in 1970, marking the band’s second release that year (following Cosmo’s Factory); their final with the original lineup •Includes the timeless hits “Have You Ever Seen The Rain,” “Hey Tonight” and more