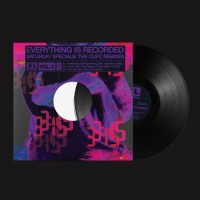 Matt says: New drum n bass is apparently due a huge market uplift this year. And there's plenty of reasons to see why: acts this this, alongside Tim Reaper, Disclosure and Coco Bryce are adding new twists to this long established genre; tickling the speaker stacks once again and hitting the accelerator. Hold on tight!