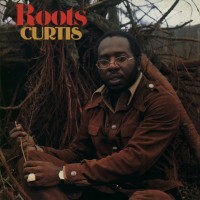 Curtis Mayfield's visionary album, a landmark creation every bit as compelling and as far-reaching in its musical and extra-musical goals as Marvin Gaye's contemporary 'What's Goin' On'. Opening on the hit "Get Down," the album soars on some of the sweetest and most eloquent - yet driving - soul sounds heard up to that time. Mayfield's growing musical ambitions, first manifested on the Curtis album, and his more sophisticated political sensibilities, presented with a lot of raw power on Curtis Live!, are pulled together here in a new, richer studio language, embodied in extended song structures ("Underground"), idealistic yet lyrically dazzling anthems ("We Got to Have Peace," "Keep On Keeping On," and, best of all, the soaring "Beautiful Brother of Mine"), and impassioned blues ("Now You're Gone"). The music is even bolder than the material on the Curtis album, with Mayfield expanding his instrumental range to the level of a veritable soul orchestra; and the recording is better realized, as Mayfield, with that album and a tour behind him, shows a degree of confidence that only a handful of soul artists of this era could have mustered.

A1. Get Down
A2. Keep On Keeping On
A3. Underground
A4. We Got To Have Peace
B1. Beautiful Brother Of Mine
B2. Now You're Gone
B3. Love To Keep You In My Mind