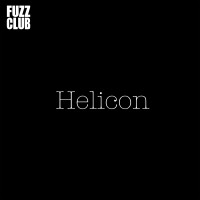 Following this year's 'This Can Only Lead To Chaos' LP, Glasgow's Helicon are gearing up to release a Fuzz Club Session. Recorded live at Dystopia Studios with their trusted producer Luigi Pasquini (Trembling Bells, The Cosmic Dead) and released on 180gm vinyl alongside a series of videos, the LP captures the band's heady psych-rock sound at its finest: a far-out amalgamation of strung-out sitars, riotous walls of fuzzy feedback and cosmic synths that's all bolstered by the live energy that the band are renowned for and has been impossible to 5 justly capture on wax, until now. As well as comprising tracks from their recent full-length, 'This Can Only Lead To Chaos' – 'The Sun Also Rises', 'In The End', 'Sound of Confession' (complete with a mesmerising piano intro) and 'What You Love Will Kill You' – the Fuzz Club Session also features two previously unreleased songs, 'Permo' and 'Il Bacio Di Guida'.