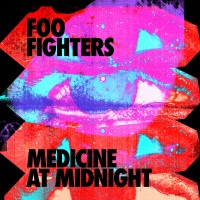 Barry says: A band like Foo Fighters reaching the big 10 albums was never going to be a huge surprise after listening to their earlier LP's, and their latest outing shows they have no intention of stopping there. A more matured but enduringly impressive slab of stad-rock.