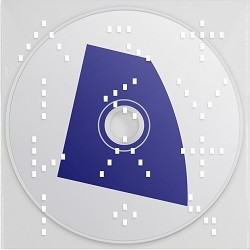 Some of London-based electronic songwriter Ryan Lee West’s most recognised work to date comes in the shape of spontaneous EP or so-called mini album releases— clocking in just under the 40-minute mark, keeping their contents urgent, immediate and to the point.

As with his 2013 EP Odyssey and 2014’s Sonne, which were later compiled to a full-length release titled Odyssey / Sonne in 2015, there is a similarly strong synergy between his 2016 mini album Night Melody and this year’s Articulation — made available on CD and digital formats under the title Night Melody / Articulation.

His 34-minute, 6-track mini album Night Melody was born out of and shaped by long hours working into the night. It’s nocturnal in sound; mysterious in the way that the early hours so often are. The opening statement Pattern Of The North starts off with a collage of spliced synth melodies, inspired by anxiety that accompanies going home for Christmas. It’s followed by Johannesburg, an early sketch gradually filled out during his tour in South Africa. The closing statement What Sorrow is a fitting end to the album, building from gentle melancholia to a joyous crescendo. It’s a sensibility that’s central to the record; joy and sorrow both find their counterpoints.

July 31, 2020 saw the release of his highly anticipated new album Articulation with an equal running time of 34 minutes. Lead track and album centrepiece ‘Articulation’ links the record back to the analogue fluidity and colour of 2016’s Night Melody. The division of varying time signatures, intertwined with a complex structure of notes, creates an expression of a moving structure and conjures a dreamy, motorik energy.

Articulation was conceived with a very visual way of thinking, unusual for the London musician and producer. During the writing process Ryan drew structures, shapes and patterns by hand to try and find new ways of thinking about music, giving himself a way to problem-solve away from the computer. The album title references a piece by the avant-garde contemporary composer Györgi Ligeti, though not for its music, but for the non-traditional graphic score that accompanied it.

The idea of using analogue drawings and tools to bolster digital creations can be heard in the structure of the pieces that make up Articulation from the broody techno opener ‘Vibrations on a String’ all the way to the album’s boundless closer ‘Sudden Awareness of Now’. Rising out of birdsong heard from his studio window, it has a particular urgency about it and seems to perfectly capture a longing for escape. Built around a simple and repetitive melodic theme, expanding and retracting over the course of its seven-minute odyssey.

Barry says: Rival Consoles' albums are a thing to behold, hugely cinematic journeys of depth, intricacy and groove. the EP's are like snapshots of these, a short-movie if you will. Now they've collected two STUNNING EP's together onto one easy to digest CD. What are you waiting for?