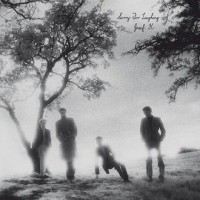 Recorded at Castle Sound Studios (Edinburgh) in November 1980, Sorry For Laughing should have been issued as Postcard 81-1, but was shelved after the band and label boss Alan Horne decided the 12-song set sounded too polished. Perhaps two dozen white-label copies in unmade sleeves exist, and have sold for as much as £1,000 amongst collectors. Josef K issued their second stab at a debut album, The Only Fun In Town, in July 1981 – only to split after completing a promotional tour.

This remastered edition of Sorry For Laughing replicates the original Robert Sharp artwork (a solarised portrait of the band atop Calton Hill, printed in silver pantone), with detailed sleeve notes on the inner bag, and the added bonus of a 12 track CD, The TV Art Demos, featuring all tracks from the band’s very first recording sessions in 1979.

‘They were The Sound of Young Scotland, together with Orange Juice, whose guitars were also radiant and brittle, whose rhythms were also scrubbed and blunt, whose vocals were also proud and serious, but who sounded like another group entirely’ (Paul Morley); ‘In retrospect, their aborted attempt at a debut album feels much superior to what was finally released. The early versions of the songs sound superbly coiled and keen, the sublime poise of Endless Soul their truly timeless blaze of glory’ (Simon Reynolds)