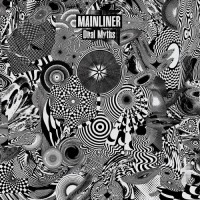 The follow up to Mainliner’s 2013 comeback album 'Revelation Space' has been rumoured for many years. I've even heard tales of several attempts being finished and scrapped in the last five years. I guess that's how hard it is to run a band when all the members are based on different continents and in other very busy bands themselves (Acid Mothers Temple & Bo Ningen notably).

But it's finally done. And if you're a fan, it's been worth the wait.

In Kawabata's own words ... "This new album is the second chapter of this present Mainliner. Finally we could open to the next stage to break old customs since 1995"

Q. What does 'Dual Myths' sound like ?
A. Mainliner. Nasty!