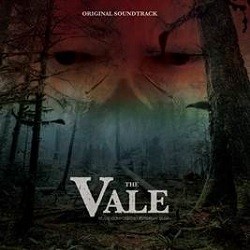 "The Vale" was started as the score to an independent Turkish horror film. The original cues were modelled around acoustic recordings that were then transformed through tape processes and effects. Various old metal whistles were slowed right down and passed through a modular synthesizer to become eerie, arcane horn blasts. Voices that sounded like they had come from another time. Melodica bursts were also slowed down and transformed into wheezing harmonium drones. Percussive hits and dissonant string textures were created from recording inside an old piano and processing the sounds into ghostly atmospheres.

Following major difficulties, the film production was disbanded and it remains uncompleted. However, some time later, Everyday Dust returned to his embryonic soundtrack with a view to completing it as an album.

Using these initial cues as the foundation for a new narrative, ED started work recording fresh ideas. He explains “I used a Doepfer A100 modular synth to create the animalistic yelps, conches and horns that were improvised over the original cues as a response to the arcane “folk” world of the acoustic instruments. This half-acoustic half-modular landscape was the sonic bed I needed to move onto the composition and musical journey of the album. I composed and developed most of the musical parts on an Oberheim Matrix 6 synthesizer. However all the percussion, rhythmic sequences and ornamental synth sounds were created from improvised modular sessions which were multitrack recorded. A lot of studio time and editing later, the soundtrack to the movie in my mind was finally there. This is The Vale.”

Barry says: The unbeatably brilliant Everyday Dust brings his own brand of super-immersive, richly detailed soundtrack work to Castles In Space for the wildly varied but universally astounding 'The Vale'. A triumph of terse gloom and cinematic depth. Wonderful.

A1. The Carrion Call So Strange
A2. Village Folk
A3. The Watermill
A4. Forest Deity
A5. The Ritual
B1. Pitch Black
B2. Holy Water
B3. The Sluggish River
B4. The Loathly Procession

The Time And Space MachineTaste The Lazer