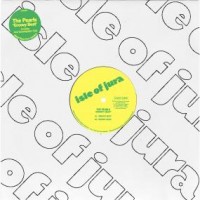 Following ‘On & On’ Isle Of Jura present the second reissue from The Pearls, the sought after ‘Groovy Beat / Groovy Rock’ originally released in 1980 on their Reality Hits label. Expect another fusion of Disco, Reggae & Rap influenced by the sounds coming out of New York at this time from the likes of Sugarhill Gang and Grandmaster Flash, but with a distinctly Jamaican vocal delivery from Norman Watson and Stanley Shaw. Loose percussion, low slung bass and plenty of tape echo are the order of the day on the A2 dub version, while label head Jura Soundsystem combines both versions on the flipside  for an extended edit which includes snippets of studio chatter found on the original master tape.