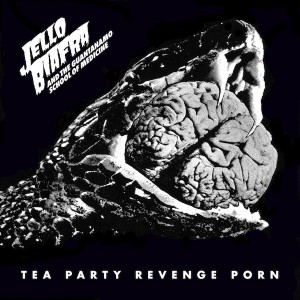 Only so many artists have a track record of lyrics this good, and back it up with music as good or better. It’s usually one of the other, but rarely this fierce, thanks to the wall of sound production of the mysterious Marshall Lawless, with Kurt Schlegel at the board this time. Co-conspirators now feature both string-titans of longtime AT mainstay Victims Family: guitarist Ralph Spight (also Freak Accident) and wonder bassist Larry Boothroyd (also Triclops, Brubaker); plus drummer / metal percussionist Jason Willer (UK Subs, Nik Turner, Charger, The Mob).