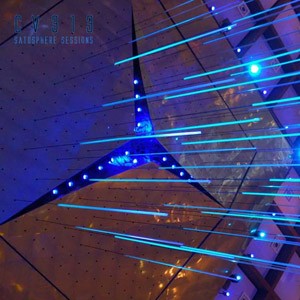 Limited Edition 60+ minute [LIVE] recording from cv313, culled from content created for the 2018 MUTEK Festival (Montreal, Canada). In preparation for this performance, there were over 3 hours of alternate renditions of classics alongside new unreleased material, of which only 60 minutes made it to the stage.

A very rare appearance, one of energy and depth, from the moment the bass dropped, it stole the breath from the room... Features unreleased live versions of the most recent album, "Analogue Oceans" and some of the most recent reshapes / alternate versions and redesigns of various projects from the extended Echospace mob. Icy cold but completely humanoid in its expression; these crystalline sonic dreams are all you need for company thru a dark Winter's night... Recommended!

Matt says: Another thing of beauty from Rod & co. Probably my favourite sleeve from this salvo; and a seriously tectonic slice of ambient techno as well.