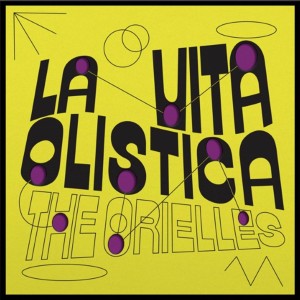 
On La Vita Olistica (their second-and-a-half album!?), The Orielles take last year’s stellar Disco Volador and bring it back down to earth, reimagining it as a soundtrack which draws as much from la nouvelle vague as New York’s new wave music scene. Full of instrumental detours, maverick synth-led twists, and more pop hooks than you can shake a disco stick at, it’s a less “produced” affair than its shimmering predecessor - those virtuosic guitars, drums à la Can school of jazz-punk-groove, dream-laden vocals, and understated bass gymnastics are all still here though, just clearer and tighter than ever before. There’s something so classic and charismatic about the way they write songs too, calling to mind - but never imitating - the greats of indie songwriting: Edwyn Collins, Laetitia Sadier, Bradford Cox, et al. La Vita Olistica shows the mighty O’s at their most inspired yet - and it’s a beautiful thing to watch.

Barry says: Eschewing the more dancefloor-ready elements of last years' 'Disco Volador', the Orielles return with the lysergic smudged atmospheres and hazy psychedelic groove of 'La Vita Olistica'. A brilliantly immersive and impeccably performed outing from a band showing their wide range of influence, as well as their deftness crafting those influences into something new and exciting.