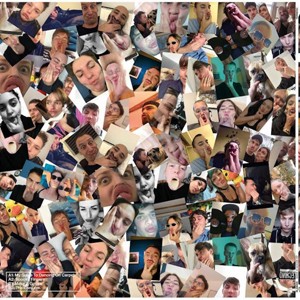 The techno futurist continues to awe in his most impressive of purple patches. Talking of patches, Blawan's magik modular set-up conjures up some of the most unfathomable sounds on the planet!

Perhaps one of the most important single figures to re-innovate and inspire the techno scene in modern times, it's pretty insane how much novelty Blawan has introduced into the 4/4 blueprint.

Also of interest for anyone with penchant for synthesis and modular based music, as the squeaks, squeals, groans and atomic-splitting bursts of neon rainbows that he fires out from his hardware is nothing short of breathtaking.

Another monster release from one of my current faves... Highly recommended!

Matt says: South Yorkshire's hard tek chuganaut continues to innovate and impress at the coal face of the genre. Proper low-ceiling>>high-sweat factor on this one folks. Mahoosive!

A1. My Guide To Dancing On Carpet
A2. Spooky Fingers
B1. Make A Goose
B4. The Conjurer