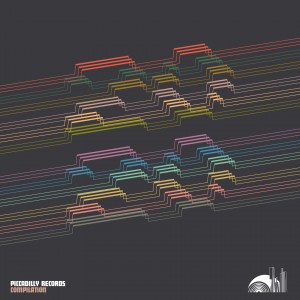 A true representation of the diverse delights we stock, this is an eclectic selection from all across the genre spectrum. This dopest dozen do share a few things in common though, most notably a deadly combination of superior songcraft and production prowess whatever the style.

Róisín Murphy starts the party with the bumping and building dancefloor sophistication of "Incapable" before former champ Kelly Lee Owens serves up the sleek, slinking and spectral "Re-Wild", an RnB tinged techno-popper best described as Minimal Nation on lean. It's a gentle transition from there to Zara Macfarlane's "Everything Is Connected", a perfect fusion of jazzy vocal tones and neck snapping beats which softens us up for the disco bliss of 'Obey' by chart topping Belgians Rheinzand. Heading towards the centre label we're seduced by Sufjan's spellbinding avant-pop while the irresisitbly louche Baxter Dury takes us on a midnight stroll through Soho.

We shift gears on the B-side with a rocking opening salvo from RBCF and Fontaines D.C., whose guitars chime and churn in sunkissed splendour and punkish pressure respectively. Next up there's a double dose of indie-dance ecstasy via the brooding techno-pop of Working Men's Club and The Orielles' punk funk pearl "Bobbi's Second World". The ever reliable Tim Burgess treats us to a vintage bit of British artpop on the infectious "Empathy For The Devil" before Jim Noir brings the curtain down with "Good Mood", the sophisticated offspring of Air and Brian Wilson.