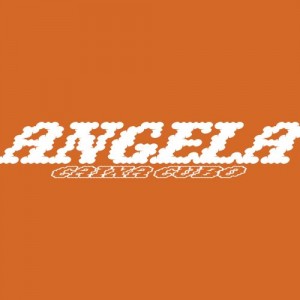 One of the most highly-regarded modern Brazilian jazz trios, Caixa Cubo have announced details of the release of Angela, their latest album, and first to be licensed for European release by Heavenly Recordings.

Recorded in December 2018, the album features the singer Zé Leônidas on Palavras, and includes arrangements of songs like Baião Malandro by Egberto Gismonti and Dark Prince by Geri Allen, in addition to the group's original compositions.

Made up of Henrique Gomide (keys), João Fideles (drums) and Noa Stroeter (bass) the trio have split their time between Brazil and Europe in recent years, having been awarded scholarships to study at the Royal Conservatory of The Hague, Netherlands.

It used to be the case that young Brazilians were either oblivious to or disdainful of their musical heritage, such was the omnipotence of “baile funk” and the influence of foreign music. (Heavy Metal acts that could barely get a booking in the U.K. selling out stadiums?!). A perplexing conundrum for those like myself who’ve found so much to treasure in those traditions, particularly from the 60s and 70s when Brazilian music culture reached an apotheosis of creativity.

It’s been so gratifying in recent years to witness a renaissance of those musical values, as a young generation of players more connected to worldwide trends have also sought to reconnect with their own lineage. Brazilian musicians have a unique feel, perhaps samba has literally infused their DNA, no matter what style or approach they take there is always that indigenous quality to the music.

Caixa Cubo are a jazz-fusion trio who plug in to a current of Brazilian music that was exemplified by Azymuth in the 70s; though these three players have their own twist. A touch darker and less obviously Brazilian, there is something so fundamental and pure about their sound, the interaction sounds fresh and spontaneous, intimate and real.

This is a record that will continue to delight with repeated listening such is the quality and grace of the playing. The sole vocal track Palavras (featuring Ze Leonidas) is a beguiling beauty evocative of Milton Nascimento and the best of Brazil’s melodic and harmonic traditions. Their version of Egbert Gismonti’s Baiao Malandro spins the off the wall funk of one of Brazil’s greatest composers into a more digestible contemporary form without losing any of its madcap brilliance. A triumph that will translate as well to fans of Yussef Kamaal and the younger generation of jazz converts as to seasoned old heads like myself.

Matt says: Laid back, rich jazz beaming with Brazilian elegance, a true feast for the ears whilst hammocking in the sunshine.