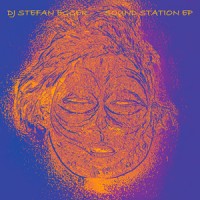 The Garda Lake in the early 80ies is possibly not be the first place which pops up, when it comes to pivotal moments for European dance & club culture. Whilst most of Europe was dancing to more and more commercialized disco music, a handful of north Italian DJs were trying to find an alternative form of dance music embracing a spiritual and natural sound. Forward thinking club residents like DJ Mozart, DJ Rubens, Daniele Baldelli, Ebreo, Pery and Beppe Loda fused African and Brazilian music, Reggae, Ragga and Bhangra with Kraut-Rock, space disco, US funk or British new wave b-sides with a carefree and partly odd approach into their so-called “Afro/Cosmic Sound”. Records were sped up or slowed down massively to create a slow-paced trancey journey somewhere between 90 and 110 beats per minute.

The first sound we consider as “Cosmic Music” was played at Baia degli Angeli in Gabicce Mare / Rimini by DJ Bob and DJ Tom from Philadelphia, who inspired DJ Morzart and Baldelli amongst others. In the following years clubs like Cosmic, “Typhoon“, “Melody Mecca” or “Chicago” became sacred places for a post-hippie movement, getting lost in the rhythms of western dance music blended with sounds from all around the globe. But the spirit of the “Afro-Wave“ did not only attract a strong and faithful local scene.

In 1980 the 15-years old Stefan Egger got bored by the routine of the annual family vacation at the Garda Lake and started exploring the city of Lazise on his own. Looking for excitement the young Austrian asked some random alternative-styled guys for a good place to hang out. He found himself at “Club Cosmic“ and instantly got absorbed by the Italian Afro-Cosmic movement. No one less then Daniele Baldelli was playing that night in an UFO-styled DJ booth, surrounded by dancers and multi-coloured flashlights, blending together hypnotic sounds from various genres within minute-long transitions. It turned out to become a life-changing moment for him and the kick-off of a whole movement, which he brought to his hometown Innsbruck.

Overwhelmed by the welcoming inclusive music scene at Cosmic Club, Egger bought his first Technics turntables. He started the “Afro-Meeting” – a series of own events – in Innsbruck, trying to capture the feeling of his first encounter with “Afro-Cosmic Music”. He wanted to overcome the provincial wooden disco shacks with their chart music, which was predominant in these days. As it turned out this was more than overdue. A whole generation of young Austrians and Germans was craving for an alternative to the so-called nightlife of these days. Just by word-of-mouth the “Cosmic Music“ of DJ Stefan Egger and his fellas Hannes Alshut and Rob Neureiter became an underground movement itself, which reached Munich, Augsburg and – even – northern Italy. Egger started to invite Italian djs to Austria. Vice versa he was booked in the Italian clubs where his journey once started.

Driven by the urge to create a more and more transcendental sound by layering dance music of the obscurest origins, Egger became an expert DJ involving 3 to 5 turntables, live musicians, synthesizers and drum computers. As his own definition of “Cosmic Music“ became clearer, the various sources Egger used to draw the sounds from started to slowly run out. The local record stores switched their focus towards Euro-disco, hip hop, techno and house, so by the end of the 80s Egger and his fellas were forced to produce their own tracks and “Afro/Cosmic“ finally became an own genre.

After roughly 10 years of djing Stefan Egger founded his own label “Sound Station Records“ and released his first Maxi CD in 1987. Until today the Sound Station catalogue counts more than 200 titles on CD and vinyl, most of them by Stefan Egger or his various projects like “Cosmic Project“, “African Project“ or “Yase“. Also tracks from his favourite Italian producers like Fabrizio Fattori, DJ Ebreo, Meo, Yano or Corrado found their way into the catalogue. Even though Sound Station never really aimed for commercial success, the label had built a solid fan base that remains active until these days. The label itself released music until 2016 and became quite sought-after within a circle of enthusiastic collectors.

Matt says: Bonafide proto-cosmic genius, Stefan Egger is a name spoken with reverence in hushed circles around north Italy by men with pristine 2CV's and COSMIC bumper stickers in their window. We get an inticing glimpse into this pioneering producer's musical world on this amazing retrospective EP.