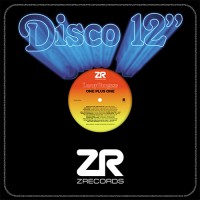 An unearthed and unreleased Leroy Burgess tape from the same sessions as ‘Heartbreaker’ finally sees the light of day with three brand new mixes from the legendary Dave Lee.

Last year when searching though the Salsoul archive Dave Lee came across a Leroy Burgess tape which contained a song called ‘One + One’ that he didn't recognise the title of. On the off chance it could be something interesting Dave got the tape digitised when he heard it quickly realised this wasn’t some out take but a killer tune. He contacted Mr Burgess to ask him if he knew why this song had never been released, Leroy was overjoyed when he heard that ‘One + One’ had been unearthed after 35 years of going missing.

It turned out that it was recorded in the same sessions as Leroy’s classic ‘Heartbreaker’ for an album that never came out but the tape had somehow been lost and he’d given up hope of it ever being located. ‘One + One’ is Leroy on top form in his prime with the full team of New York musicians who featured on many of his classics (Jocelyn Brown, Melissa Morgan, Stan Lucas, Sonny Davenport, James Calloway). Mr Lee has given the song three brand new mixes, a full vocal, Dub and reprise. If you’re Burgess fan this is an essential as it gets.