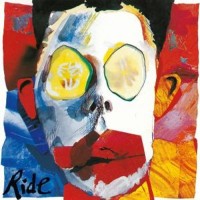 Following Ride's 1990 debut album Nowhere, Ride released Going Blank Again on March 9th 1992 on Creation Records as their second full-length record. Produced by Alan Moulder it reached # 5 in the Top 40 Album Chart. Features the singles "Leave Them All Behind" (10 February 1992) and "Twisterella" (13 April 1992)

Pressed on 150 gram double black vinyl and housed in a heavy stock gatefold sleeve. In comparison to the first press of Creation Records the cover has matte finish. This release includes insert with lyrics as the original one.