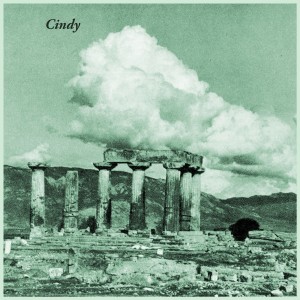 Tough Love have partnered with West Coast imprint Mt St Mtn for the release of Free Advice, the instant slowcore/dreampop classic by San Fran four piece, Cindy. The full album is available to stream/download now, while a highly limited transparent vinyl pressing will be released on 20th November. Limited to just 250 copies, this pressing follows the long sold-out edition of 100 released earlier in the year and which was previously only available in the US.

Free Advice offers a somber-yet-uplifting take on sobered dream pop. Imagine if Galaxie 500’s On Fire didn’t have a guitar solo or if The Trinity Session was stripped of its folk & blues roots; it’s just pure mood. Like sitting in a half-empty movie theater that’s playing Alphaville or Wild Strawberries and watching patron’s heads briefly illuminated from the screen; Free Advice (and all of the Cindy output) transfers you to these momentary worlds.

Cindy is Karina Gill on guitar/vocals, Aaron Diko on synth/keys, Simon Phillips on Drums/Percussion, and Jesse Jackson on Bass/Keys + Simon and Jesse on backing vocals. The songs on Free Advice are these moments in mood: Phillips & Jackson’s rhythms create the foundation, while Diko’s keys rise and fall. Gill’s guitar rattles, vocals brood, and lyrics create these narratives that depict observers, not necessarily wronged rather, cautious and investigative of the world around them.