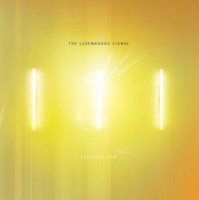 The Luxembourg Signal are a transatlantic group, based in London, Los Angeles and San Diego. With the release of their self-titled debut album on Shelflife Records in 2014, they quickly attracted a loyal following among fans of DreamPop/IndiePop music, and received enthusiastic reviews for their pop sensibilities, angelic vocals and lush soundscapes. For their third LP, the band have once again returned to the studio with engineer Mark Rains and have produced the highly anticipated "The Long Now", a 10 song album that imagines a blurred horizon that lies between light and dark, and the fleeting nature of all that we hold. "The Long Now" (a phrase coined by Brian Eno) refers to a long-term way of perceiving time. While the past two albums included guests such as Dale Crover (Melvins) on drums, and Bobby Wratten (Trembling Blue Stars, Field Mice) on vocals, David Klotz (Fonda, Dream System 8) returns to sing co-lead on the spirited 'Cut the Bridle.'