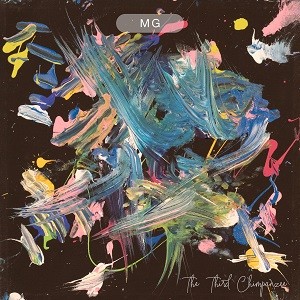 Even as I place this record on the turntable it feels like a quasi-religious experience - an artefact containing the essence of a living synth god. The primary songwriter and founder member of Depeche Mode returns with five new solo tracks of expressive modular sounds, futuristic industrial and frazzled ecstasy.

From the first skewed saw wave and unexpected off beat this sounds a cut above the rest, and "Howler" quickly develops into a dark and moody electronic brooder, all bursts of ECT at a mogadon pace and pent up aggression. Still, darkest before the dawn and all that, and the segue into the heart-swelling techno-pagan motif in the final third is no less than sublime. Gun fingers abound on "Mandrill", a high octane blast of industrial dancehall a la Krikor, The Bug or maybe even Clipping. - get me to the White Hotel pronto! Moving on to the B-side and we go further into the darkness, pushing through the dense, witching hour paranoia of some super slow n low Salon shit - Tolouse Low Trax style. For "Vervet", Martin incorporates a little Mille Plateaux glitch into his sound palette, creating a trippy slow techno pulser perfect for your next K-hole, before signing off with the twilight melody of "Howler's End", a gorgeous reprise of the opening track.

A truly exceptional work of industrial synthesis. Oh, and the artwork was made by Pockets Warhol, a capuchin monkey based in Canada who paints for charity.