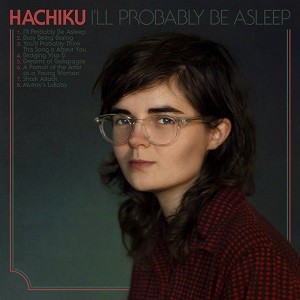 “When a close friend took an in-advance listen to Hachiku’s debut album, I’ll Probably Be Asleep, she had one question for bandleader Anika Ostendorf: “’why are you so angry?’”

It’s not the first reaction that most people would have to the Melbourne-based outfit, whose dream-pop jams all dewy guitars, rickety drum-machines, and layered ambience, topped off with Ostendorf’s oft-breathy voice would seem to contain no sharp edges. But, following Hachiku’s self-titled 2017 debut EP, Ostendorf found herself dealing with darker themes; which reflected the 25-year-old growing up, changing, and feeling mounting frustrations.”