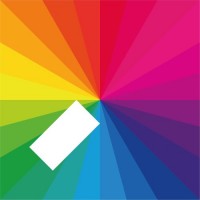 Jamie’s definitive In Colour is a bold, celebratory and emotional artistic statement that received critical acclaim across the board as well achieving huge commercial success. The eleven track LP was widely regarded as one of the best albums of 2015 and was voted in the top 25 of Pitchfork’s best records of the decade.

Here's what we said at the time...
The release of 'In Colour' comes on the back of an incredible six year creative period for Jamie xx, which has seen him alternate effortlessly between his role as founding member and producer of the xx, and creator of more electronic and club orientated music as Jamie xx. A string of acclaimed productions in recent years including debut solo single ‘Far Nearer’, remixes for the likes of Adele, Radiohead and Florence & The Machine, production work for Drake and Alicia Keys plus 'We’re New Here' - Jamie’s reworking of Gil Scott-Heron’s final studio album - hinted at what was to come. With 'In Colour' - a bold, celebratory, emotional record that features collaborations with The xx band mates Romy Madley Croft (‘Seesaw’ and ‘Loud Places’) and Oliver Sim (‘Stranger In A Room’), Young Thug and Popcaan (‘Good Times’) and Four Tet (‘Seesaw’) - Jamie delivers his definitive artistic statement.