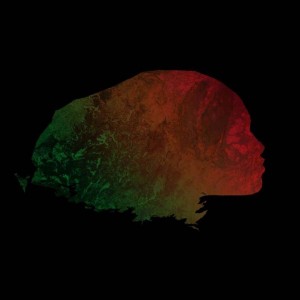 Thaba is a collaboration between South African singer/songwriter Khusi Seremane and American producer/musician Gabriel Cyr. Tragically in July 2020, while the two were working with Soundway to prepare the release of their first record, Seremane died a few days past his 41st birthday, after battling health issues for several years.

The particular Thaba sound reflects a sonic duality drawing on a double pop heritage of Mbaqanga and Bubblegum artists like The Soul Brothers, Paul Ndlovu and Pat Shange alongside traces of Roxy Music, Grace Jones, Sade, and Talk Talk that’s wrapped up in a modern, electronic, layered, introspective and at times jazz-tinged production style.

Brought together by a shared love of kwaito, 90’s R&B and classic downtempo, Seremane and Cyr collaborated for a decade after meeting online in the halcyon days of Myspace Music. While the pair initially planned for Seramane to guest on a Teleseen track, their ideas eventually evolved into an entire record.

Their debut, Eyes Rest Their Feet, was created remotely over the course of several years, with the core recorded during a 2016 studio session in Cape Town. After returning to New York, Cyr honed these recordings with several Brooklyn based musicians, calling upon members of Antibalas, Underground System, Midnight Magic, Loboko and others. Eyes Rest Their Feet spans genres as well as geography, touching on elements of soul, reggae, synth-pop and beyond, with lyrical themes that explore loneliness and the challenges of human relationships.

Eyes Rest Their Feet not only represents the apex of Seremane’s work as an artist but also a meditation on the transformative power of love and the impermanence of all things.

The Juan MacleanThe Brighter The Light