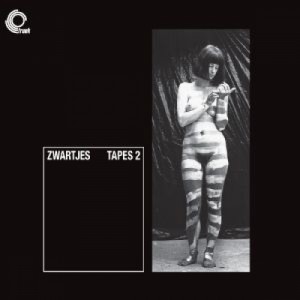 Frans Zwartjes is famous for his art-house films (look him up on YouTube). A Dutch underground auteur, his prolific output dates from 1968. A unique talent, Zwartjes produced, directed and edited his own films (his last work was in 1991), but more importantly he created and improvised the soundtracks too. Zwartjes and his large body of work is only now being recognised by a wider, more international crowd, with screenings at the NFT and other important art-house cinemas across the world. The recordings on Tapes 2 were mixed directly from the Zwartjes soundtrack tape archive. They were assembled directly and in real time by Zwartjes archivist Stanley Schtinter and have never been issued before.

The music and sound have been put together as two long, seamless sequences; they are dreamlike, unsettling, peculiar, plugged-in, prescient and unlike any other soundtrack we have heard.

Matt says: Yes you might be tricked into thinking you've bought the soundtrack to one of Mart's B/W, arthouse 'blue' movies; but post-watershed this is not! Instead it's some of the most eerily evocative, strangely compelling 'found sounds' I've heard for a while.

SIDE ONE
The Teacher Part One

SIDE TWO
The Teacher Part Two

All Cues Mastered And Sequenced By Jon Brooks, AKA The Advisory Circle