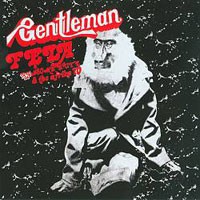 This, another installment from Knitting Factory's superb recollecting of Fela's original albums, includes two of the most notable albums from the mid-70s. 'Gentleman' is primarily a verbal battering of the post-colonial mentality of his fellow Africans (also abused elsewhere in other albums). This isn't the full-blooded political anger that would come about stronger in times to come, but it's a gentle step in that direction. It also marks the first album featuring tenor sax work by Fela himself, after Igo Chico had quit the band. 'Confusion', a single-track, 15 minute-long album two years after 'Gentleman', stands as a commentary of the state of affairs in downtown Lagos.