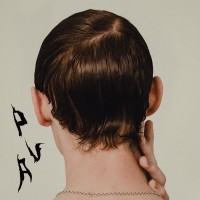 With influences across the musical spectrum, their music traverses a fistful of genres, throughout rapturous live sets. Incorporating techno landscaped Balearic euphoria and industrial miasma within the same songs, the band’s unique energy combines with blocky synths, deadpan vocals and motorik drum loops to earmark the group as one of the capital’s foremost new bands.

The EP also features remixes from Mura Masa, an early fan of the trio, Lynks and Daniel Fox of Girl Band. Remixes by INK (of Squid) and DJ Dairy to follow in 2021.

PVA initially formed in the aftermath of a house party in 2018 and have since earned a fearsome reputation as one of the capital’s premier live outfits, garnering hardcore support before even setting foot inside a studio.

The band have headlined The Windmill in Brixton with regular shows at The Five Bells and the Bunker in Deptford, defining PVA as a big part of the local music community in their early career. Support slots have included Franc Moody, A Certain Ratio, HMLTD, The Orielles, Dry Cleaning, Black Midi and Squid. They have played an enormous string of festivals in the UK and Europe, including Great Escape, Wide Awake, Visions, Valkhof, End Of The Road, Bluedot, Midi, Visions, Noroeste, Sur Le Lac, Into The Great Wide Open, Fuzz Club, Manchester Psych Fest and Sonic City Festival.

Matt says: Swarve, urgent electro-indie-dance here from a group who certainly seem to know their onions. It's been a while since anyone gave The Juan Maclean and LCD a run for their money, but I believe these could well do it!