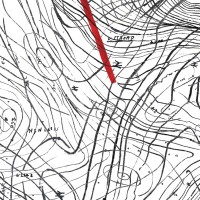 As a musician, composer, singer, producer and DJ, Emma wrote, recorded and played every note on the "Ley Lines" EP. Originally released in 2018 in a limited run of 500 copies, which flew off the shelves and became an instant classic.

"Ley Lines" was championed by DJs including Gilles Peterson and Jamie Cullum and earned Emma-Jean Thackray a nomination for Breakthrough Artist Of The Year at Jazz FM Awards and Jazz Album Of The Year at WorldWide Awards in 2019. It shines out as an unhurried, slightly melancholy body of work that feels a natural product of both its author and geography.Thackray's nuanced and highly expressive trumpeteering the work of true genuis - able to convey messages and emotions effortlessly.