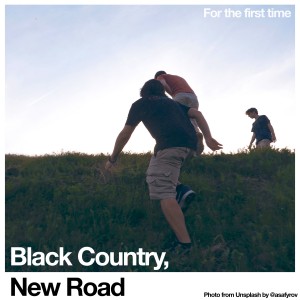 Born from the Brixton Windmill scene that has seen the likes of black midi, Squid, Fat White Family and Shame rise to prominence, Black Country, New Road now take up the mantle and release their debut album.
The seven piece kick off proceedings with the aptly titled “Instrumental”, a maelstrom of sounds and influences including the post-rock mastery of Slint, the Klezmer style folk of Beirut and dapples of free-jazz improvisation.
Throughout the album’s six tracks those themes continue along with a simmering sense of drama and intensity. The best example of this occurs on the monolithic last track “Opus”, clocking in at just over 8 minutes it locks the listener in with a sprawling sonic soundscape of plateaus and troughs that recalls the mighty Godspeed You! Black Emperor.
For The First Time is an ambitious and intelligent album that stands out as one of the best debut releases of 2021.