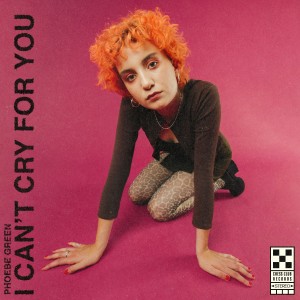 Raised in the small seaside town of Lytham, Phoebe Green first shot to prominence with her critically acclaimed 2019 debut singles ‘Dreaming Of’ and ‘Easy Peeler’. Across those two tracks, Green received the kind of press reception afforded to only the most buzzing artists with plaudits coming from NME’s ‘100’ & ‘50 Female Creators Set To Rule 2020’ lists, Dork’s 2020 ‘HYPE List’, The Sunday Times’ 'Breaking Act', Dazed’s ‘On The Rise', i-D’s ‘Introducing’, Total Guitar’s ‘On The Up’, The Line Of Best Fit’s ‘On The Rise’, Music Week’s ‘On The Radar’, The FADER's 20 best rock songs right now, CLASH’s ‘Next Wave’, not to mention Pitchfork's coveted seal of approval for her debut single ‘Dreaming Of’ - which subsequently found its way onto Billie Eilish’s personally curated ‘In My Room’ playlist.