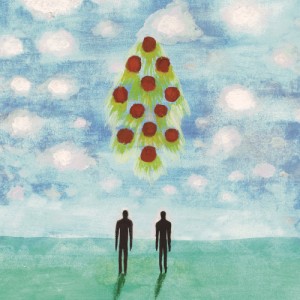 Twelve of Hearts is the debut album by experimental songwriters, Daniel O’Sullivan and Richard Youngs.

Each song has four chords. No more. No less. They cycle without variation. They never change key. As Youngs sings on Oblivion Riviera, this is “the glittering formula”.

The music is augmented by an array of sources including piano, tape machines, guitars, reeds, strings, metal sheet and computer. Constructed over several months - O’Sullivan in London, Youngs in Glasgow - only material strictly adhering to the formula has made it on to this release. The result is a cycle of 12 songs based on one chord progression.

Jeff TweedyLove Is The King