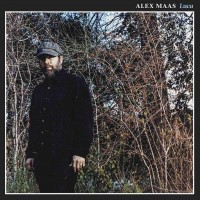 The music of Alex Maas has always mesmerised. Now, on his soul-baring solo debut Luca, the Texan and Black Angel's singer journey is taking an equally hypnotic detour along the wild trails of his indigenous homestead. Driven by the force of nature, each phase of life is celebrated through songs of love, hope, human connection whilst navigating perils of modern society and tentatively facing the darkness. “I’m trying to find balance in the insane world we live in,” reveals Alex. “Is shit scary? Yes. Is life beautiful and filled with hope and inspiration? Yes. You have to go into the dark to appreciate the light and vice versa. Everything isn't always peachy, one day you are walking through a beautiful field and get bit by a rattlesnake because you are blinded by the colourful flowers. It’s ok to be afraid, sad and fearful because you need it to appreciate all the beauty the world has to offer.”

Like the echoes of nature that Alex grew up around Luca dances like dandelions on a breeze but is spiked with a squint of suspicion as its percussion shimmers like that cautionary rattlesnake. His album crackles with the vintage warmth of Grace Slick or smoky melodies of Nico, rising like a campfire’s embers whilst taking cues from Beth Gibbons, Sam Cooke, Lee Hazlewood, Vashti Bunyan, Mississippi John Hurt, and Huun-Huur-Tu. “I like music that makes me feel like I’m entering a magical place. I’m drawn to those whose voice sounds like it’s coming from the forest,” he says. Recorded at Space Flight Studios in Austin Luca was an evolutionary project with some early songs worked up from their acoustic origins whilst others were written more recently. Co-produced with long-time collaborator Brett Orrison, the record began its transformation from loner folk leanings to a worldlier embrace. Calling upon members of The Black Angels, Wide Spread Panic, Mien, the Sword, Jack White’s band the Eels. Stepping out on his own Maas is walking along his own untrodden path, offering an honest and true account of what has passed and what may yet come. Luca sings from the soul, is believable and could well be everything the world needs right now.