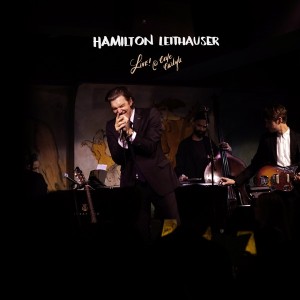 Live at Cafe Carlyle is a new live album of 10 recordings from Hamilton’s annual residency at the iconic Cafe Carlyle, mixed by Leithauser.

In its third year, he sold-out all five shows played some new songs as well as covering Big Thief’s “Not,” Randy Newman’s “Miami,” and Lana Del Rey’s “The Greatest.” He recently collaborated with Lana Del Rey during her 2019 Fall tour covering Bob Dylan’s “Don’t Think Twice, It’s Alright” as well as playing “When The Truth is...”